It takes a lot of commitment and hard work to make a name in an industry as big as that of Pakistan. It is not an easy job for any Pakistani actresses. There are new faces entering the entertainment industry all the time. Some Pakistani actresses have carved a name for themselves which none of the other actresses have. Few of these actresses have the kind of class which is not easy to attain. It takes years of good work and dedication to get where they are today. Some of them are rarely seen in dramas nowadays but whenever these Pakistani actresses announce that they are part of an upcoming project, viewers get excited instantly.

These are also those Pakistani actresses who consider acting their passion. They have consciously worked to perfect their craft. Especially with the current commercialism of the industry it is no easy feat to make the right choices and not fall for the ratings game. No matter how rare some of these Pakistani actresses’ appearances have been on screen lately, they have always left an impact. No one can deny that all these actresses are the best we have. There are many others who are equally talented but they have failed to show the kind of versatility which these actresses have.

Here is the list of those brilliant Pakistani actresses who never disappoint their fans.

Savera Nadeem started her acting career at a really young age from theatre. Right from the first time she performed, she was sure that this is what she wanted to do. Savera Nadeem also had the best people to guide her along the way. Therefore, it comes as no surprise that Savera Nadeem has given us some of the most remarkable performances in the past and the present. Very few Pakistani actresses have the kind of screen presence which she has. From Qaid-e-Tanhai to Mere Pass Tum Ho, Savera Nadeem has proved her versatility again and again. Every time Savera Nadeem stars in a drama, the viewers can be sure that she will give a performance which will leave them in awe of her talent. Savera Nadeem is also not a commercial actress. She can nail any kind of role and is not afraid to take up challenging roles. She has never been part of unnecessary controversies which most often are a part and parcel of being in the showbiz fraternity

Sania Saeed is another Pakistani actress who has a class of her own. She has a massive fan following and from a really young age she has played challenging roles. Sania Saeed too started her career from theatre and even now theatre is her first love. Sania Saeed is a true performer who is now rarely seen on television. But even in recent time she gave some exceptional performances in drama serials Sang-e-Mar Mar, Meri Gurya and Sammi. Sania Saeed is another actress for whom acting is not a career option but it is a passion. Even top directors like Sarmad Khoosat consider Sania Saeed as an institution. Sania Saeed has the expertise to make the viewers relate to all the characters she plays on screen. Her talent has no boundaries and for her a good performance comes before everything else. Like any other gifted actress, Sania Saeed shares great on-screen chemistry with all her co-stars which makes her performances even more powerful.

Saba Hameed never disappoints her fans no matter what kind of a role she chooses to play. She has done comedy, she has done negative characters, she has nailed the grey characters and she can play the positive graceful characters like no one else. Saba Hameed is versatile and her screen presence cannot be denied. She works on the overall outlook of her characters just as much as she does on the performances. Lately she has done some outstanding dramas such as Dillagi, Marasim, Muqabil, Kesi Hei Tanhai and many more. In every drama Saba Hameed makes sure that her acting is different from her previous performances. Saba Hameed’s dramas still get the viewers excited even after so many years.

Uzma Hassan does selective work on television but she makes sure that all her projects leave an impact on the viewers. Lately she has been seen in some of the most powerful drama serials of recent time. In Ullu Baraye Farokht Nahi she played a bold and impactful character with utmost precision. In Dillagi and Aangan she impressed the viewers with the realistic portrayals. In drama serial Sang-e-Mar Mar she was equally outstanding. Uzma Hassan not only is a superb actress but she also chooses the projects she works in after giving it a lot of thought. She has not fallen victim to the commercialism in the industry which is also another reason why she is in this list.

Sajal Aly is the youngest actress in this list and she is among these big names because she has proven herself to be a brilliant performer, an all rounder. Sajal Aly is one of those few actresses who have played challenging roles like the ones she did in Nanhi right from the beginning of her career. Sajal Aly is young but her acting skills are so polished that even in the presence of the most experienced actors, she has her own standing. Whether it was ORungreza, Aangan, Yakeen Ka Safar or Yeh Dil Mera, Sajal Aly made sure that every performance she gave was top notch. She understand the complexities of her characters and no one has the kind of confidence she has when she is in front of the camera. Sajal Aly still has a vast career ahead of her and we are pretty sure she will only impress her viewers even more in the upcoming years. She has never disappointed her fans by giving a dull performance. Even when the dramas she is a part of are not up to the mark overall, she still gives performances which make her stand out. Sajal Aly is the queen of expressions.

Maria Butt, more commonly known as Maria B, is one of the most famous fashion designers in Pakistan. Although she was a part of a huge controversy earlier this year when her husband was arrested, it seems like things have gotten back to usual for the popular designer. She and her daughter were recently seen…

5 Worst Dramas On Air Right Now Pakistani drama industry is touching new levels of popularity. It is thriving and producing the kind of dramas that are leaving an impact in the lives of the audience. Pakistani dramas have always been popular because they showcase such stories which are based on reality. Sometimes, the drama… 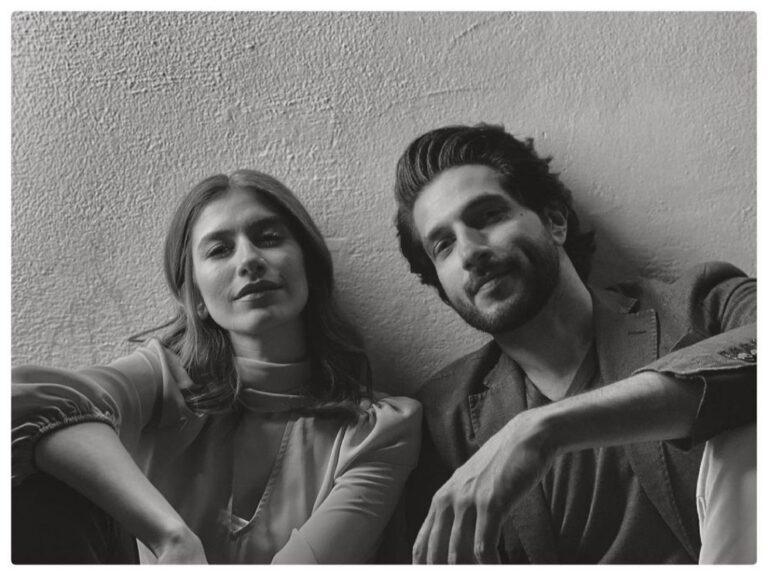 Syra Yousaf and Bilal Ashraf are two brilliant actors in the Pakistan Showbiz Industry. Syra Yousaf has worked in many dramas including Mera “Naseeb” and “Bilqees Kaur”. Syra’s claim to fame drama was Mera Naseeb with Sanam Saeed and Adeel Hussain. Bilal Ashraf has only appeared in films. His first film was Janaan which gave…

Sana Javed and Umair Jaswal got married and entered a new chapter of life a few days ago. Photos of the newly-wed couple are making rounds on social media and fans are extending love to them. Recently, Sana seems to be in action as she was spotted holding a gun and shooting. She shared photos…

The duo of Hajra Yamin and Fahad Sheikh is one of the cutest on-screen couples. They appeared together in Prime’s latest short film ‘Nam kya Rakha’. The short film features Shayan (Fahad) as a cricket freak who experienced an accident. He went to the hospital where he meets his ex Zehra (Hajra). Both revived their…