Drama serial Nand is quite popular and it has a star-studded cast featuring Shahroz Sabzwari, Minal Khan, Aijaz Aslam, Faiza Hassan, Ayaz Samoo and many others. The story revolves around a sister in law who interferes in her brother’s happy married life. The drama is full of emotions and family issues with great messages for society.

The cast of Nand drama serial has transformed themselves according to their character. Let’s have a look at the cast of Nand and how they look like in real life.

Faiza Hassan has completely nailed her role as Gohar in Nand. Her negative character has gathered all the attention of people and she has done all justice with her character.

She has been starred in Load Wedding movie and has appeared in several dramas. She is married to Mubashir Humayun and they have two kids. She resides in the UK with her family but for her work, she visits Pakistan.

Minal Khan appeared as Rabi who is Saqib’s wife (Shahroz Sabzwari) and she is disturbed by her sister in law’s interference in her life. She has played a completely different character from her role in Jalan. Undoubtedly, Minal Khan has the potential to play versatile roles.

We have seen Minal Khan started working as a child artist and with continuous efforts, she has established her name in the industry. She is the twin sister of Aiman Khan and they are known as ‘famous sibling duo’ of the industry.

Shahroz Sabzwari plays the role of Rabi’s husband in drama serial Nand. He has been known as the son of legendary actor Behroze Sabzwari. Lately, he was trolled for divorcing his wife Syra Yousuf and getting married to Sadaf Kanwal. Although he came forward and cleared the whole scenario still he has been trolled badly.

Aijaz Aslam played the role of an innocent husband of an evil wife, Gohar. He is popularly known for his work in drama serials including Main Aur Tum, Kashkol, Mehndi, and Kis Din Mera Viyah Howay Ga. He was part of the news lately due to his advertisement which was inspired by Money Heist.

Ayaz Samoo plays the role of the younger brother of Gohar and Saqib and also husband of Farwa. His character of a husband is different from usual husbands shown in Pakistani dramas. He is a strong and supportive husband who stands by her wife’s side.
Ayaz Samoo is a family man as he spends most of his time with his wife and son. Here are pictures of Ayaz Samoo with family, check out!

Maha Hassan has played a strong character of a girl named Farwa who knows how to handle the situation perfectly. She is a rising star who has impressed the masses with her work in Ishqiya, Khuda Mera Bhi Hai and Churails. She also amazed with her performance in Superheroes series by Teeli.

Have a look at pictures of Maha Hassan!

Tips Sharif starred as Aleem, the sweet and supportive brother of Rabi. He is a versatile actor and has acted in around 100 dramas. Aside from acting, he works as a singer and released his music video ‘Lamhay’. Interestingly, he has Turkish descent as his mother belongs from Izmir, Turkey.

Tipu has a great love for animals and he keeps himself surrounded by them. Have a look at his pictures!

Mehwish Qureshi is the sister of popular actress Uroosa Qureshi. She has been spotted working as a supporting actress for drama serials including Balaa, Andaz-e-Sitam, and Zakham.

Which character from Nand has impressed you the most? Do share your views with us. Paristan Drama Cast Real Name & Picture – Hum TV: Paristan is a family drama aired in Ramadan 2022 on Hum TV starring Aymen Saleem and Arslan Naseer as the lead cast. The drama story is full of comedy, romance, emotions, and entertainment. This drama is written by Samra Bukhari and directed by Ali Hassan…. 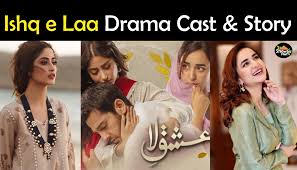 Drama serial Dunk is one of the most anticipated dramas of the upcoming seasons. Dunk will be starring Sana Javed and Bilal Abbas in the leading role. Bilal Abbas in one of his interviews said that Dunk is going to be a very controversial story. The other cast members of the dunk include Fahad Sheikh,…