Sanam Jung is a spectacular and versatile Pakistani television artist who is known for hosting the show “Jago Pakistan Jago” for a long time. She is a considerable Television actress who has been seen in a few serials, yet those few serials became the most substantial hit of all time.

Sanam got married to her longtime friend Abdul Qassam Jaffri in 2016, who is a commercial pilot by profession. The couple is blessed with a daughter Alaya Jaffri.

Sanam Jung recently shared her picture on her Instagram account, bidding farewell to the year 2020. After Sanam posted her picture many people commented and spread fake rumors of her divorce. People are spreading the news that the couple has separated their ways and Qassam has married another woman.

Hira Mani started her career in showbiz as a host and now she is a well-recognized Pakistani actress. She takes pride in the fact that she is the only married female actress in the Pakistani drama industry who managed to make it this far although she joined the industry when she already had children. She… 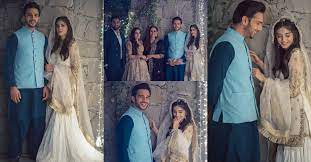 The star-studded drama serial Mere Paas Tum Ho is going to end soon. People are eagerly waiting to know the end of the story. The writer Khalil-ur-Rehman always ends his dramas with tragic endings. He believes that life is suffering since your birth till the end. That’s why a TV serial does not have to… 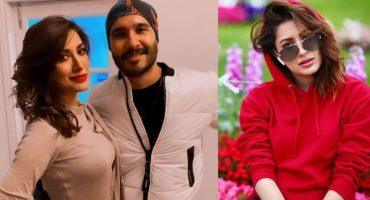 Mehwish Hayat is one of the top Pakistani film and TV actresses. She had taken a break from TV since her last drama Dillagi was aired. She has done many hit movies , meanwhile. Punjab Nahi jaungi, Actor in law , JPNA and Load wedding are worth mentioning here. The actress has recently been spotted…