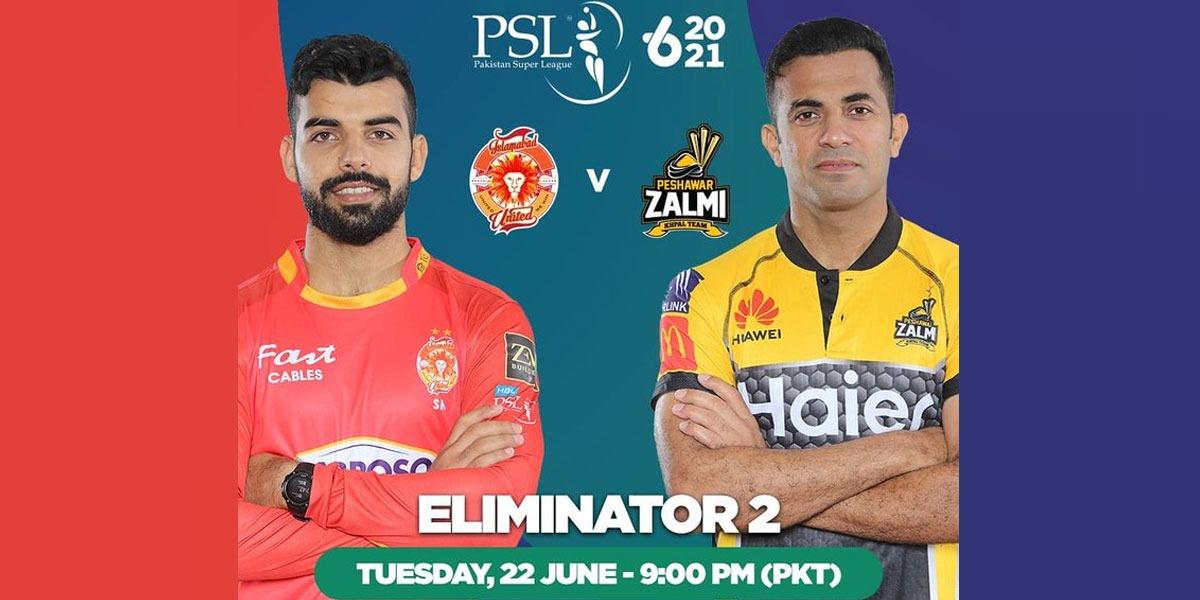 The most thrilling yet loved cricket tournament, Pakistan Super League (PSL) 2021 has reached its end as two-times winning champions Islamabad United will face Peshawar Zalmi to play for the second Eliminator tonight (June 22).

Islamabad United had to taste the defeat from Multan Sultans in the Qualifier round of PSL 2021 while Peshawar Zalmi knocked out Karachi Kings in a closely fought eliminator.

United have a second chance to qualify for the final as they topped the points table but Zalmi is coming into this match with a win on their back.

Zalmi secured their position to play for the second Eliminator today (Tuesday) against the loser of Qualifier Islamabad United, knocking Karachi Kings out of PSL 2021.

For Peshawar Zalmi, openers Hazratullah Zazai and Kamran Akmal had taken them to 49 before Noor Ahmed drew first blood.

Babar Azam played a composed inning of 53 runs off 45 balls with the help of six boundaries. He played at a strike rate of 117.77 to score his seventh fifty in this tournament.

As the franchises gear up for the seventh edition of the Pakistan Super League (PSL 7), which will start from January 2022, Pakistani fans across the globe are expressing their support and love for their favourite teams in the most creative of ways.  Mariam Jamali, a Quetta Gladiator fan based in Doha, Qatar, expressed her support… 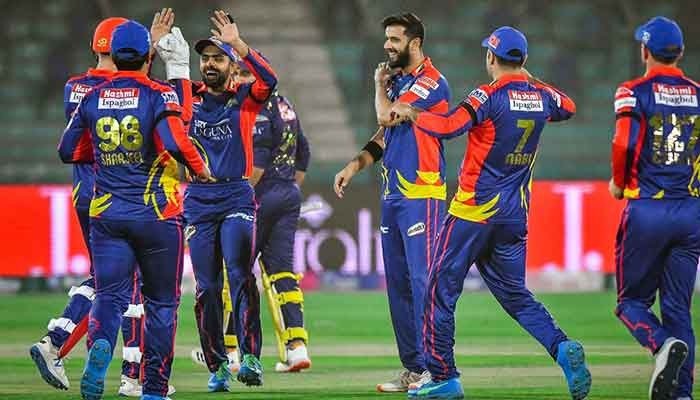 Defending champions Karachi Kings restricted Quetta Gladiators to 121 as the former champions were all out in the 19th over at the National Stadium, Karachi. Karachi Kings had won the toss and decided to bowl first in the opening match of Pakistan Super League (PSL) 2021. The contest between the Kings and Gladiators at Karachi’s…

HBL PSL is about to kick off today and cricket fever is high in the whole country. PSL is the time of the year when the whole country celebrates the true spirit of cricket. International cricket stars come to Pakistan become a part of PSL taking PSL hues to another level. From the past few…