Turkish series Ertugrul has become one of the latest addictions of Pakistanis. These days Pakistanis can neither stop themselves from watching the Urdu dubbed version of the series on PTV and neither can they stop moral policing the series’ Turkish actors for being different from their characters in real life.

However, whatever moral policing Pakistanis would have done, everybody will drop everything and fall in love with Esra all the more once they find out how Esra Bilgic once school Priyanka Chopra and called her a hypocrite for promoting war.

Remember when Priyanka Chopra arrogantly replied to a girl named Ayesha Malik who had called her a hypocrite for being a UN peace ambassador and yet tweeting against Pakistan when she written “Jai Hind” in response  to the pseudo surgical strike of India in Pakistan.

Priyanka Chopra was called out by a girl for being a peace ambassador and yet promoting nuclear war. Priyanka Chopra had very arrogantly snubbed the girl and shut her up. But it has been amazing to discover that Esra Bilgic had taken notice of the incident back then and schooled Priyanka Chopra for promoting war.

“Being patriotic doesn’t mean that you should encourage the war. You shouldn’t belong in a conversation concerning war as a UN goodwill ambassador. You effect many children, many people as a role model. And you were so disrespectful against a woman who just asked you a question about your statement that you shared with millions people in your own twitter account,” Esra had commented on Priyanka’s Instagram profile.

So yes, Pakistanis can go on and love Esra Bilgic all the more because the Turkish actress proved her love for Pakistanis long before Pakistanis started watching the series Ertugrul.

Shaoib Malik and Sania Mirza are the classic example love beyond the borders. When Sania and Shoaib announced their wedding a huge controversy started between the countries. Specially in India because Sania is an international tennis player. Shoaib and Sania got married in 2010 and now they are blessed with an adorable son as well….

World Refugee Day is marked on June 20, eminent globally in an attempt to bring awareness to the continuing refugee crisis in the world and to help refugees live a better life in their host countries. Mahira Khan, in partnership with the United Nations High Commissioner for Refugees (UNHCR), shed light on the refugee situation…

Maya Ali is a famous actress known for her roles in both dramas and big-budget films. She began her career as a Vj and worked on several television channels. She has made her acting debut with a brief role in Dur-e-Shehwar, She was praised after performing in Aik Nayee Cinderella and Aun Zara. Her other… 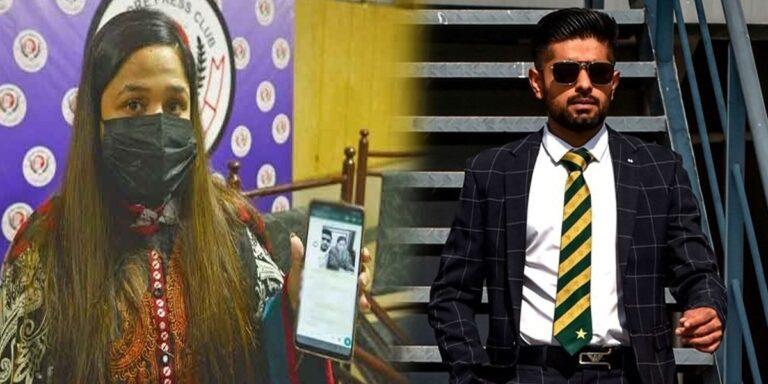 National cricket team skipper Babar Azam has challenged the Sessions Court’s decision to file a case against him, in the Lahore High Court. The Federal Investigation Agency (FIA) and Hameza Mukhtar have been made parties in Babar Azam’s petition. The petition states that Babar Azam is the captain of the national cricket team and one…

As the tally for COVID-19 patients in Pakistan soar, a number of celebrities too get affected by the virus. In Pakistan, joining the list of celebrities having contracted coronavirus, actresses Sakina Samo and Rubina Ashraf become the latest addition. According to sources, both the actresses have gone into self isolation for 14 days in their…

Sadia Ghaffar is a Pakistani actress, she has been working in the field for quite a long time now. She is known for her appearances in supporting roles in many popular dramas. Some of her popular roles are “Shehzadi” in “Kis Din Mera Viyah Howay Ga” and “Ramsha” in “Aisi Hai Tanhai”. Her other projects…