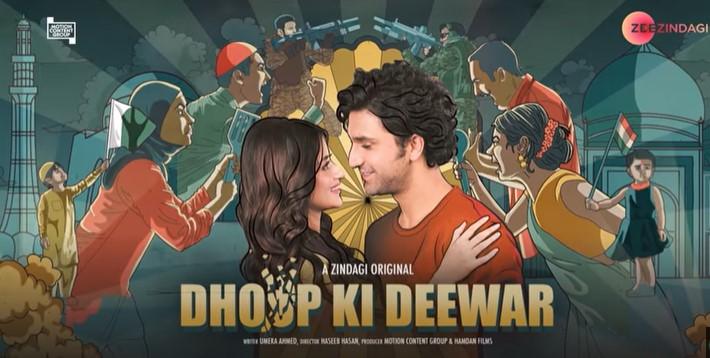 Dhoop Ki Deewar is an upcoming exclusive and Original Pakistani drama web series. It s written by Umera Ahmad and directed by Haseeb Hassan. The web series has an assemble cast including Ahad Raza Mir and Sajal Aly in lead roles while Zaib Rehman, Savera Nadeem, Samiya Mumtaz, Samina Ahmed, Manzar Sehbai in prominent roles. Set in the backdrop of the Indo-Pak conflict, the web series depicts that how peace is better than war.

Dhoop Ki Deewar became a part of major conflict even before its release. People wanted our government to ban it as it shows a romanticized relationship between an Indian-Hindu boy Vishal and a Pakistani-Muslim girl Sara. It is been clarified that no such relationship will be shown between them. This web series is supposed to give a message of peace and not promote anything else.

The melodious OSt of Dhoop Ki Deewar has been released. It is sung by maestro Bilal Saeed & Meher Tahir.

Let’s have a look at the heart touching OST of Dhoop Ki Deewar:

Maya Ali is one of the finest actresses of our Media Industry. With two blockbuster movies and numerous hit dramas on her credit, Maya is all set to raise the bars with drama serial Pehli Si Mohabbat. In a recent conversation, Maya Ali shared some tidbits about Pehli Si Mohabbat. Maya Ali thinks that Pehli…

Umar Akmal’s wife, Noor Amna, has always proved herself to be a loving and supporting wife. The two got married in 2014 and are proud parents of two adorable kids. Noor Amna is the daughter of a famous Pakistani cricketer, Abdul Qadir. Noor and Umar Akmal are living a happily married life. He often shares… 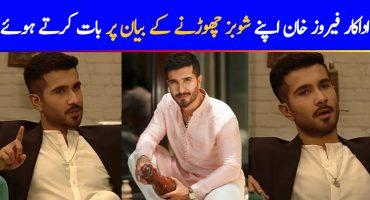 Feroze Khan is a talented Pakistani actor who has done countless dramas. Last year, the actor announced about quitting showbiz but he didn’t leave the industry after his announcement, he, later on, changed his decision and addressed about coming back, after the announcement of resuming acting back, he had to face a lot of bashing…

Dur e fishan Saleem is quite active on her social media accounts and never stays behind in impressing her audience by uploading her latest photos. The diva recently took to her Instagram account to share stunning pictures. She looks absolutely gorgeous in the photos. In the photos shared by Durefishan, it can be seen that…

Sami Khan’s outstanding acting skills and his charismatic personality can’t be denied by anyone. He is one of those stars who climbed the ladder of success through their hard work, passion, and determination without having any artistic background. A kind-hearted, polite and enthusiastic man is giving his hit performances one after another and it’s not…